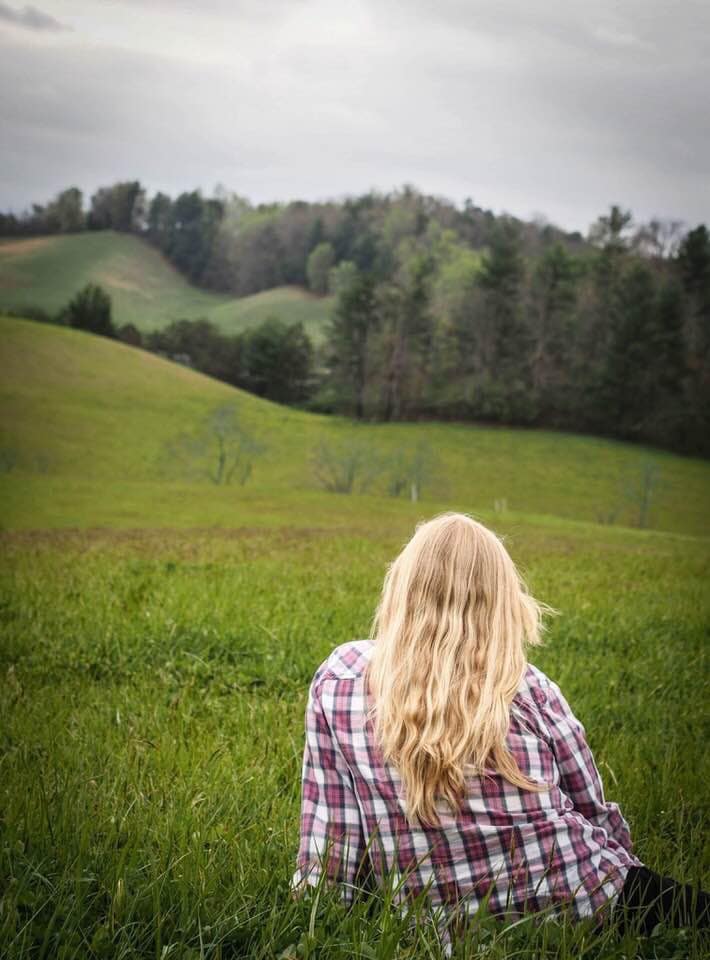 It seemed sudden to a lot of people that we moved to Asheville, but looking back, I can see that this change was a long time coming. My Mom needed care and our tiny condo in Laguna Hills CA was not adequate for all of us.  Paul was coming home from gigs feeling disheartened that the TV 's in the bars had taken precedence over the bands. I was hungering for my own "enclosed" studio since my dining room art studio was on the way to the kitchen and didn’t offer me the quiet that I needed to create.   Over the years, several people had suggested Asheville to me. I took notice because the name was so close to "AshLAND" a town in Oregon where I had lived in the early 80's. Asheville, they said, was in the Appalachian Mountains where it was SO beautiful and music and art the mainstay!   It had always been a dream of mine to live in the country, but I thought it would be in my next life. After all... we did live near Laguna Beach, one of the most beautiful towns in the world! Still, sometimes when I went bonkers in my journal visioning all sorts of ideas that sounded fun, I would write down: “and.... a home in the Country." Well, watch out what you wish for because it just might happen!   I joined a Facebook support group called, "The Secret Glow". The originator of the group, “Brian Piergrossi”, had the idea to focus on being the change rather than complaining about our Country's state of affairs. My family had been a bit torn due to differing "opinions". I was tired of all that agony and wanted to focus on something I could control.... myself! Boy, that paid off ! As it turned out, half of the Facebook group lived here in Asheville! After coming here to see the town ourselves, we determined that this was the place for us! I mean.... where in the US are fiddle players loved the most? Here!! and the Art scene is big here too. This is a tourist destination and that's good for the arts because there are people who want to be entertained and inspired coming here daily! The coolest thing about North Carolina is that the people are just so dang friendly! We have a three-bedroom house on half an acre and Mom is here to enjoy it with us. It was risky moving her and she did struggle with the idea at first, but once she rounded the bend and saw what was here, she was all in!  Luckily, as a military man's wife, she's moved a lot. I got accepted into the "Woolworth's Gallery" downtown and I'm having a lot of fun painting a whole new landscape: Cozy cabins, mountain vistas, forests, lakes and rivers!!  Paul is amazed at the variety of music here in town and in the surrounding area as well. He's already getting to be known. After the drought in California we are thrilled with rainstorms and snow now and then. The spring colors are almost unreal! Pretty soon my daughters are coming to check out this new place and my Grandson's Jack and Julian will be running in the backyard! I can't wait!!   The Serenity prayer has a second part to it that fewer people talk about. Accepting that there are things I can't change is huge, but having the courage to change what I can is liberating! Where ever a person goes there are going to be challenges, but why not have them in a new place? We decided to shake it up a little  and try going down a new Country Road. Variety is the spice of life!

Previous Post Finding Inspiration With Jack
0 items in your cart